The City of Jacksonville is the commercial hub of Onslow County and home to MarineCorps Base Camp Lejeune and Marine Corps Air Station New River. The City has grown rapidly since 1941, when Camp Lejeune was established, and possesses a rich City history dating back to 1731. In 1992, Jacksonville was named an All-America City by the National Civic League. Jacksonville is also a “Tree City," an honor bestowed by the national Arbor Day Association for planting trees and creating a variety of green space for our Citizens. In the last few years, Jacksonville's sports events and festivals have grown, making it a tourism destination in the state. The strength and pride of our leaders and Citizens has helped the City progress in a productive and positive way. Approximately 82,000 people (City estimate) call Jacksonville their home, and the 2010 US census calculates Jacksonville number 14 in population in the state. Demographically, Jacksonville is the youngest City in the United States with an average age of 22.8 years old, which can be attributed to the large military presence. 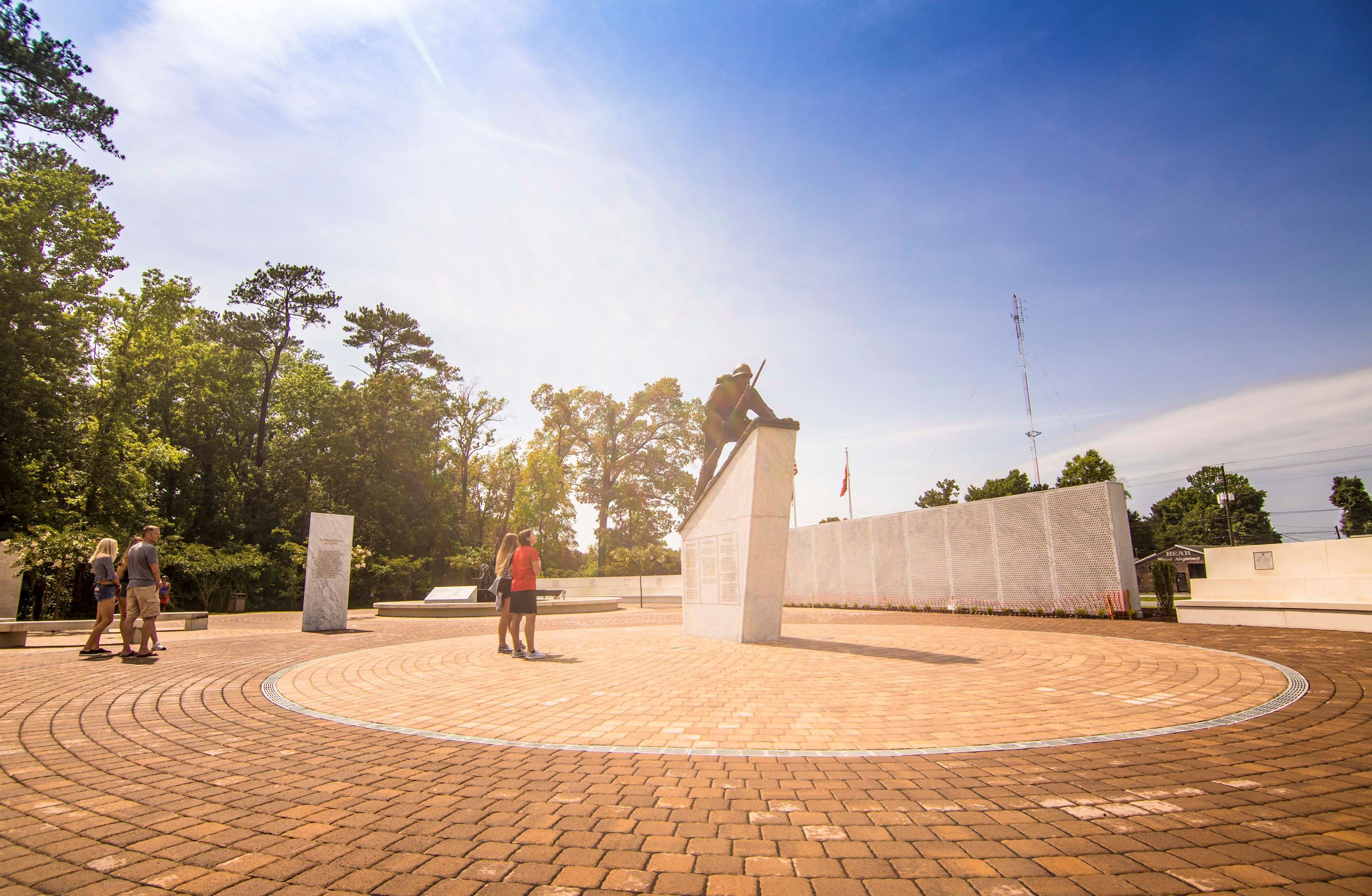 Lejeune Memorial Gardens is located at the gateway to downtown Jacksonville on Montford Landing Road off of Lejeune Boulevard. This is where Citizens, Military and visitors come to honor those who serve our country and remember those who have given the greatest sacrifice for our freedom. Lejeune Memorial Gardens is also home to annual gatherings. The Beirut Memorial, the Vietnam Veterans Memorial, the Montford Point Marine Memorial and the 9/11 Memorial are located along this site amongst the tall pines.

The Museum of the Marine Plaza also calls Lejeune Memorial Gardens home, with construction underway in 2016. Part of the City’s greenway and pedestrian trail threads through the Gardens and connects Camp Lejeune to Jacksonville. The site includes space for future memorials.  The Freedom Fountain is just a short walk away from the Gardens and flows proudly throughout the year to honor those who have passed through Onslow County while in service to their country. At night the fountain is lit red, white and blue. Other colors are chosen in support of special efforts and occasions. JacksonvilleNC.gov/FreedomFountain 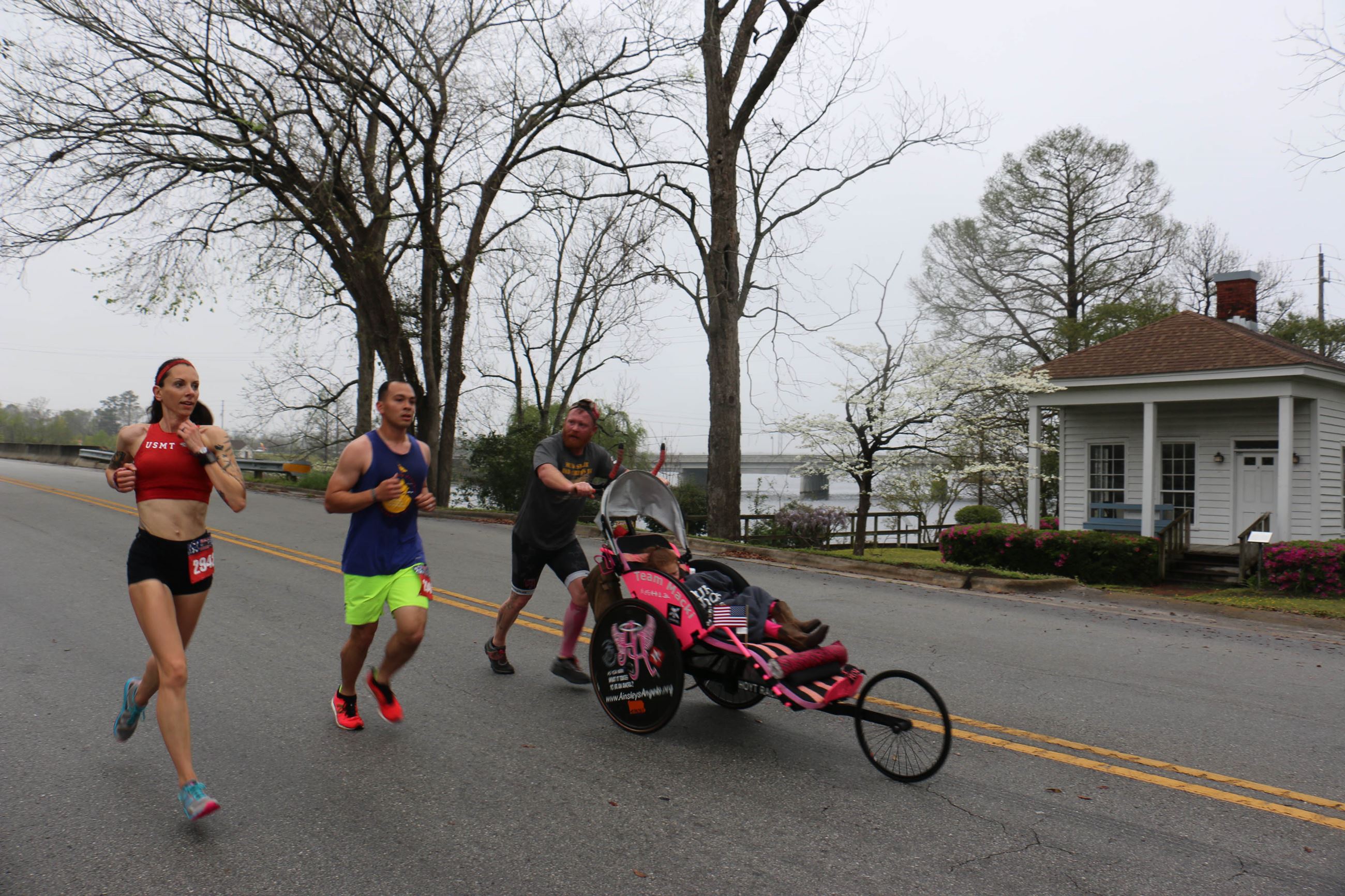 A growing community for Citywide events, Jacksonville welcomes friends and neighbors to festivals throughout the year like the Spring Festival, Jacksonville's Jamboree, Oktoberfest, Winterfest, National Night Out and the New River Splash at Riverwalk Crossing Park in downtown on the New River.

Enjoy the warmth of spring with the Jacksonville Jamboree at the Jacksonville Commons Complex, the City’s spring event featuring festival rides, live music, food, vendors, children’s activities, and sports tournaments. Sporting events in Jacksonville are available year round and welcome everyone to join in or watch. 5K Races, Half Marathons, Color Vibes and Challenge Courses are offered frequently. Team sporting events include the Jacksonville Jamboree Softball and Basketball Tournaments, Annual Disc Golf Classic as well the annual Pickleball Tournament which draws participants and audiences from around the State and beyond. 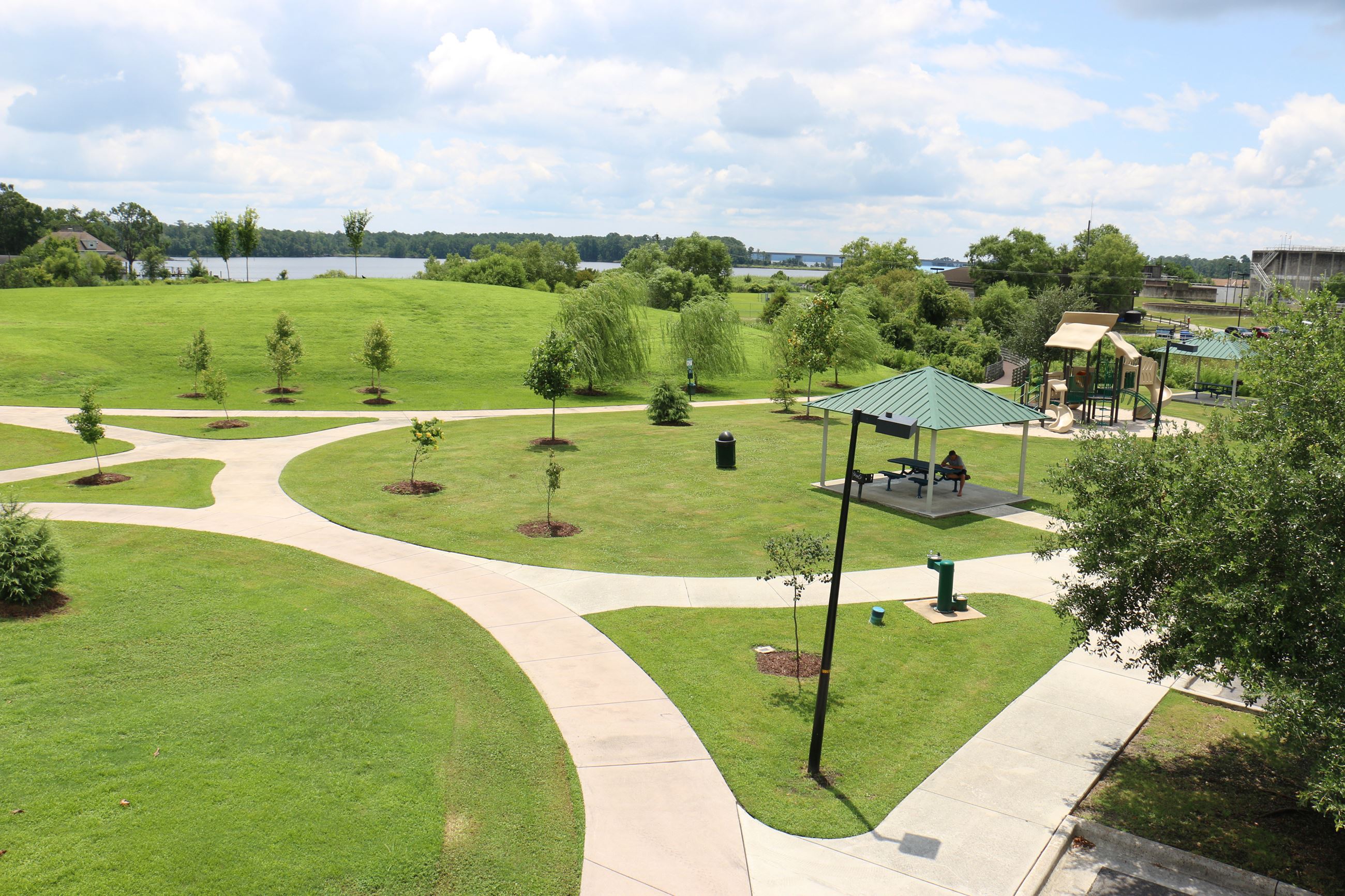 We care about our City, Citizens and Quality of Life. That’s one reason why the City adopted the Clean & Green Jacksonville initiative which works to improve the appearance, cleanliness, and pride in the City of Jacksonville.  The Clean & Green effort follows more than a decade of environmentalism that the City launched as a pledge to help restore water quality in the New River. Today, as part of the Clean & Green initiative, mowing and landscaping of public spaces has been increased and street sweeping has been doubled in an effort to enhance the City’s appearance. The City has also increased its recycling effort and is finding ways to be more energy efficient and lower its carbon footprint. Jacksonville is participating in an energy grant that accesses the use of energy efficient technologies. Cutting down on energy use through newer technologies saves tax payer dollars, a tremendous benefit to Citizens. Safety is another part of the Clean & Green Effort. Sidewalks are being repaired throughout the City, and abandoned buildings that are unable to be rehabilitated are being removed in order to make room for more green spaces or newer buildings and as a way to provide safer neighborhoods. More information is online at JacksonvilleNC.gov/CleanGreen. 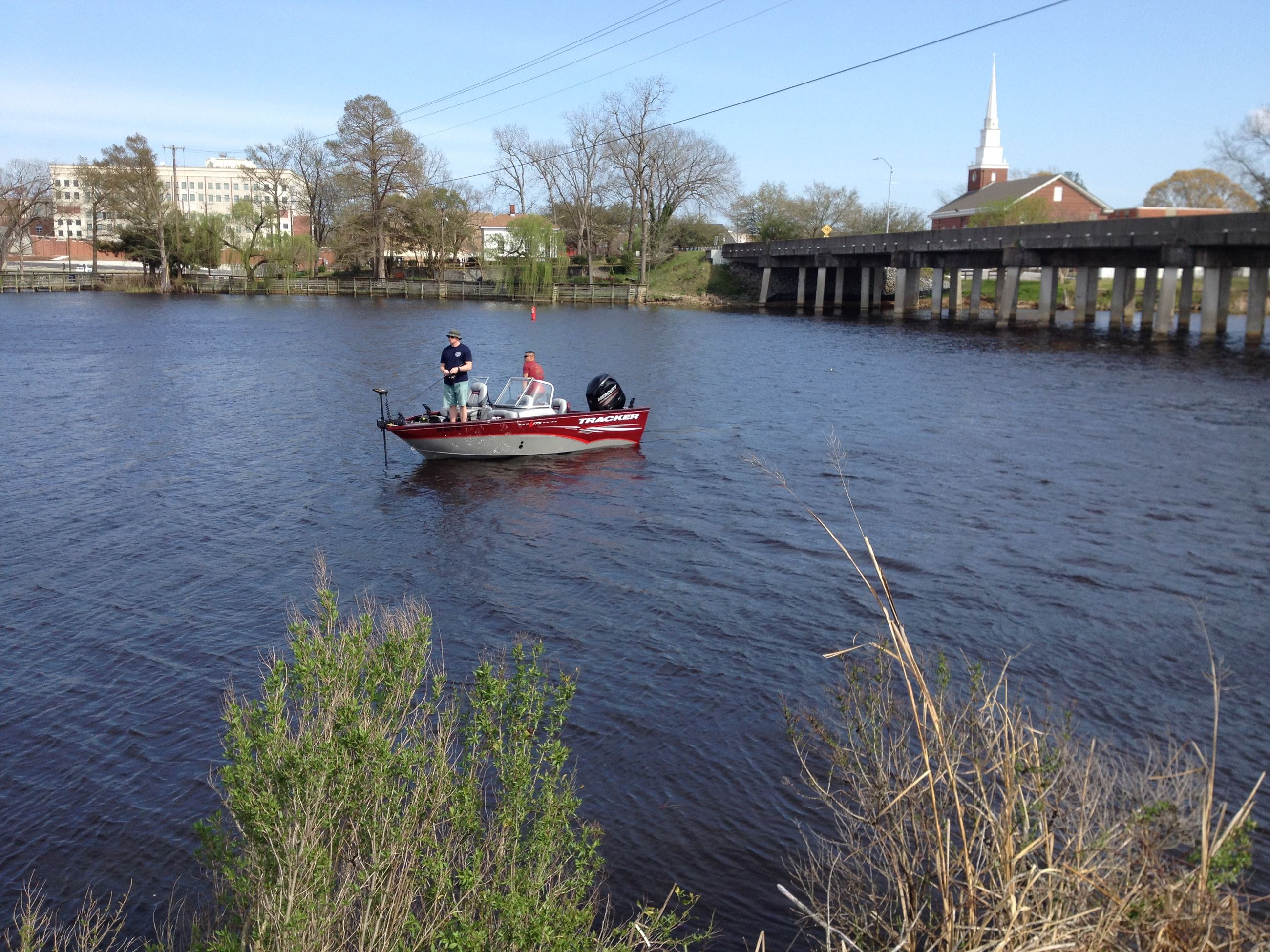 The New River flows through the City, carving the waterfront in the downtown area. Water access to favorite fishing spots and water sports is abundant on the New River and Wilson Bay. Jacksonville Landing, the largest water access point in the City, is the place to launch on the New River, the City’s main waterway leading to Wilson Bay and down river to the ocean. This location offers ample parking, green space and a boardwalk to fish or enjoy the view. For launching on smaller waterways, visit Northeast Creek Park on the eastern side of the City off of Corbin Street.

With parks located throughout the entire City, there is a green space near you. City parks feature many different amenities including playgrounds, picnic areas, ball fields, frisbee golf, skate park, water access, grills, basketball and tennis courts, public restrooms, shelter areas, and above all else, nature at its finest. Greenways & Trails wind through the City with 18 miles of options.

Jacksonville Commons is the largest single recreational center offering a large indoor facility, Senior Center, Fitness Room and several ball fields, green spaces, walking paths and play areas. An amphitheater is the newest addition where concerts and special events are hosted outdoors. Best of all, Jacksonville parks are open to everyone. Citizens receive discounts for recreation programs, activities and athletics designed with fun in mind for all ages.