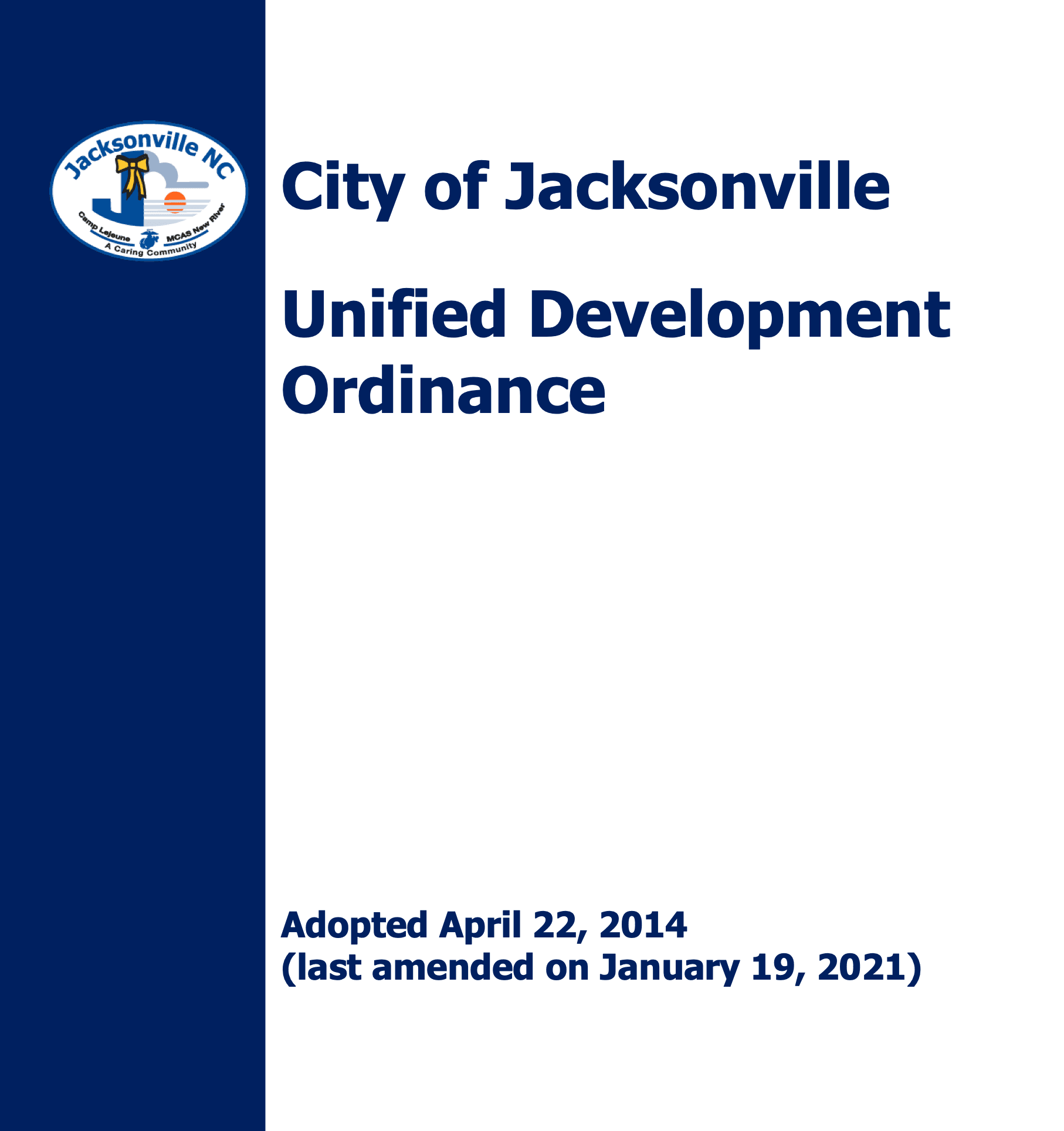 UDO (PDF) (This document is available to view by downloading the pdf, or you may stop by City Hall at 815 New Bridge Street in Jacksonville.)

Administrative Manual (PDF) (This document accompanies the UDO by outlining polices and procedures including submittal processes and requirements) Last updated: 8/28/14

In 2007 the City of Jacksonville embarked on a Unified Development Ordinance (UDO) project. The project is the first comprehensive update of the City’s zoning ordinance since its adoption in 1972, although a number of revisions have been made to the ordinance over the years. The City hired Clarion Associates to prepare the new UDO. The process began with a series of interviews with stakeholders, elected and appointed officials, and City staff during the project initiation meetings and independent review of the City’s planning and regulatory documents. Five major themes or goals for the ordinance re-write emerged from the Clarion team’s interviews. These goals were consistent with the stated goals of the project as identified by the City and with many best practices in land use regulation. They were:

The City of Jacksonville UDO was adopted in 2014 by City Council and amended in January 2021 with extensive work done by City staff, the appointed UDO Steering Committee, the Planning Advisory Board and the Jacksonville City Council.