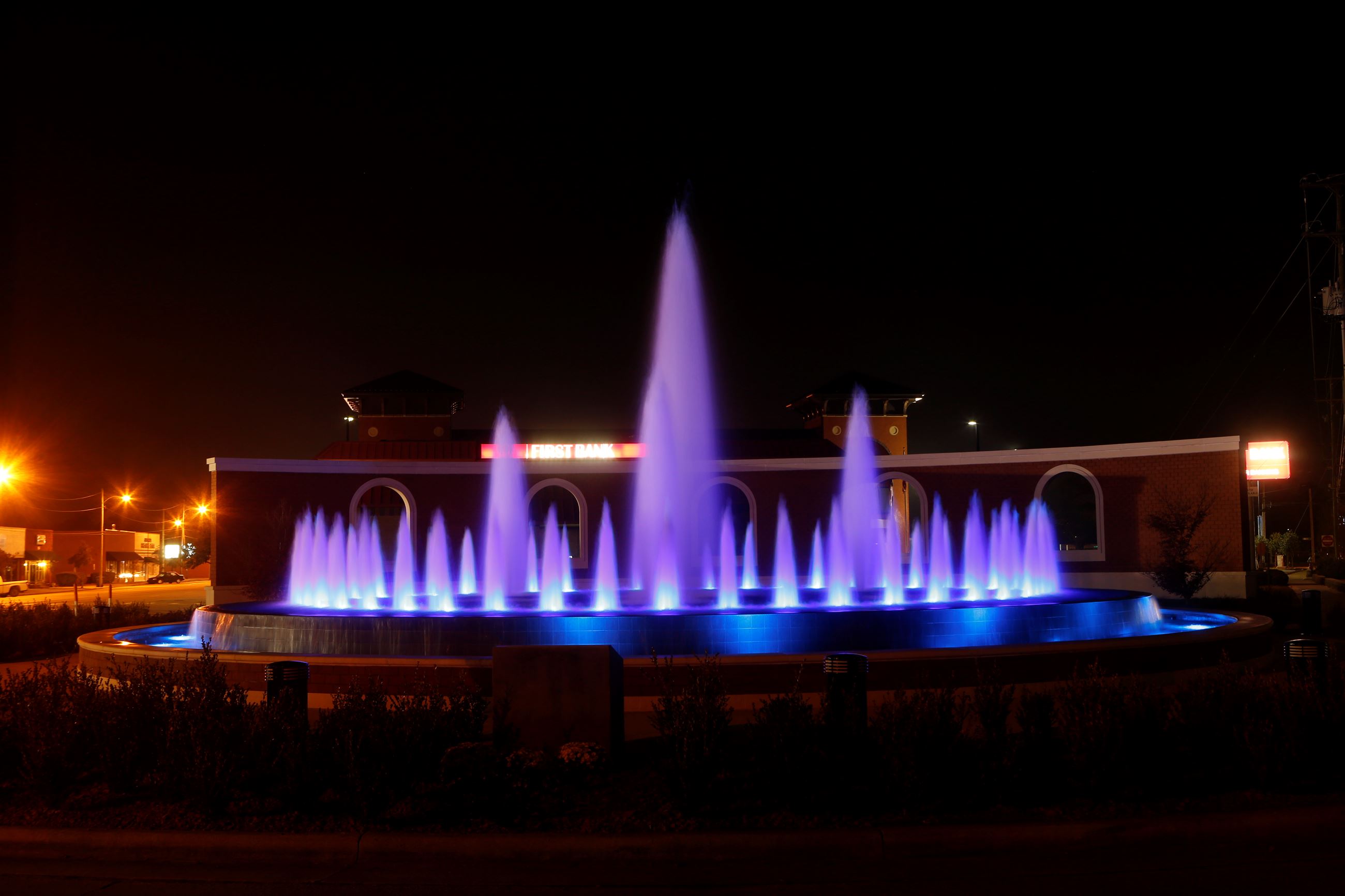 The fountain honors all individuals who have served and are serving the United States of America, especially those who have passed through Onslow County in service to their country. The fountain, located at 895 New Bridge Street, is the gateway to downtown Jacksonville.  View the Live Freedom Fountain Cam

The Onslow Civic Affairs Committee and the City of Jacksonville held a Dedication Ceremony to officially turn on the fountain, November 9, 2012. An annual Freedom Fountain Observance is held the week prior to Veterans Day to recognize the purpose and renew the dedication of the Freedom Fountain to those who serve. 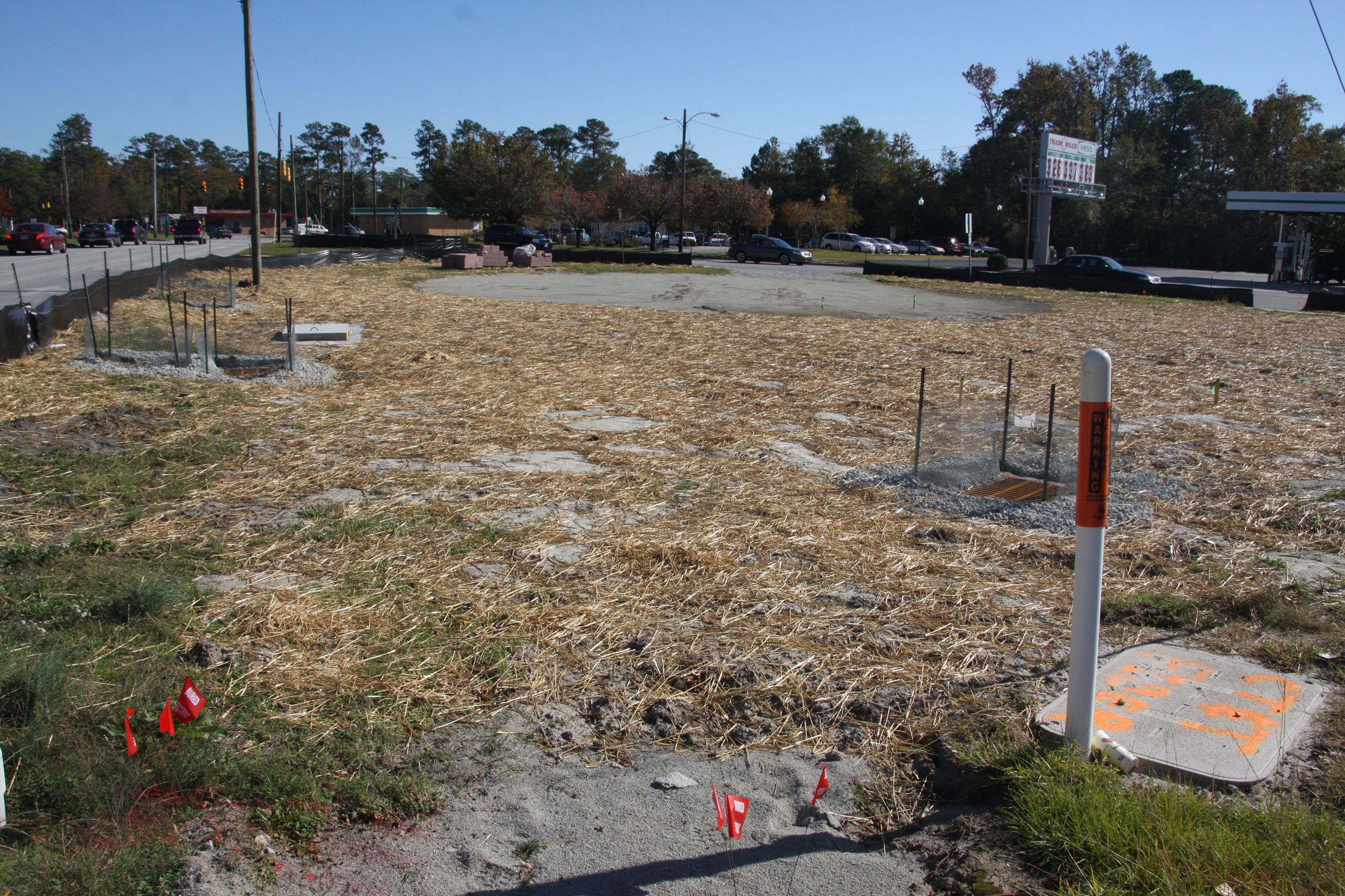 The idea of the Freedom Fountain emerged in response to the first Gulf War, a time when Jacksonville responded to the need to provide help and assistance to military families during this sudden and what was expected to be a long deployment.

The Concept was to recognize the pathway that so many of our Marines and Sailors took to get from the bases here to be deployed. Neighboring communities along this route jointly supported the recognition effort of our military bases and families, and the port. The route, known today as Freedom Way extends from downtown Jacksonville to the port at Morehead City.

Different locations were considered for the Freedom Fountain including a space offered by Onslow County at Courthouse Square. Since the fountain had to make way for the Justice Center, an idea was brought forth from the Onslow Civic Affairs Committee to use the City owned property to the East of City Hall. It was agreed upon that the final location for the Freedom Fountain was to be in downtown Jacksonville at Johnson Boulevard and New Bridge Street.

Jacksonville City Council members endorsed a design concept for the new Freedom Fountain including input from the community. The design features a disappearing edge fountain basin framed by a curved wall with arches that hold large medallions representing the five armed services. Flags and fountain jets representing federal, state, and local governments are featured, as well as water jets that represent each of the 50 states.

In 2016, black marble kiosks surrounding the fountain were etched to tell the story of the Freedom Fountain. In 2015, five flagpoles and flags were added in the median leading to the fountain representing each branch of the military. In June of 2014, installation of the Military medallions was completed. The medallions are suspended in each of the five arches in the wall and represent the five branches of the military. 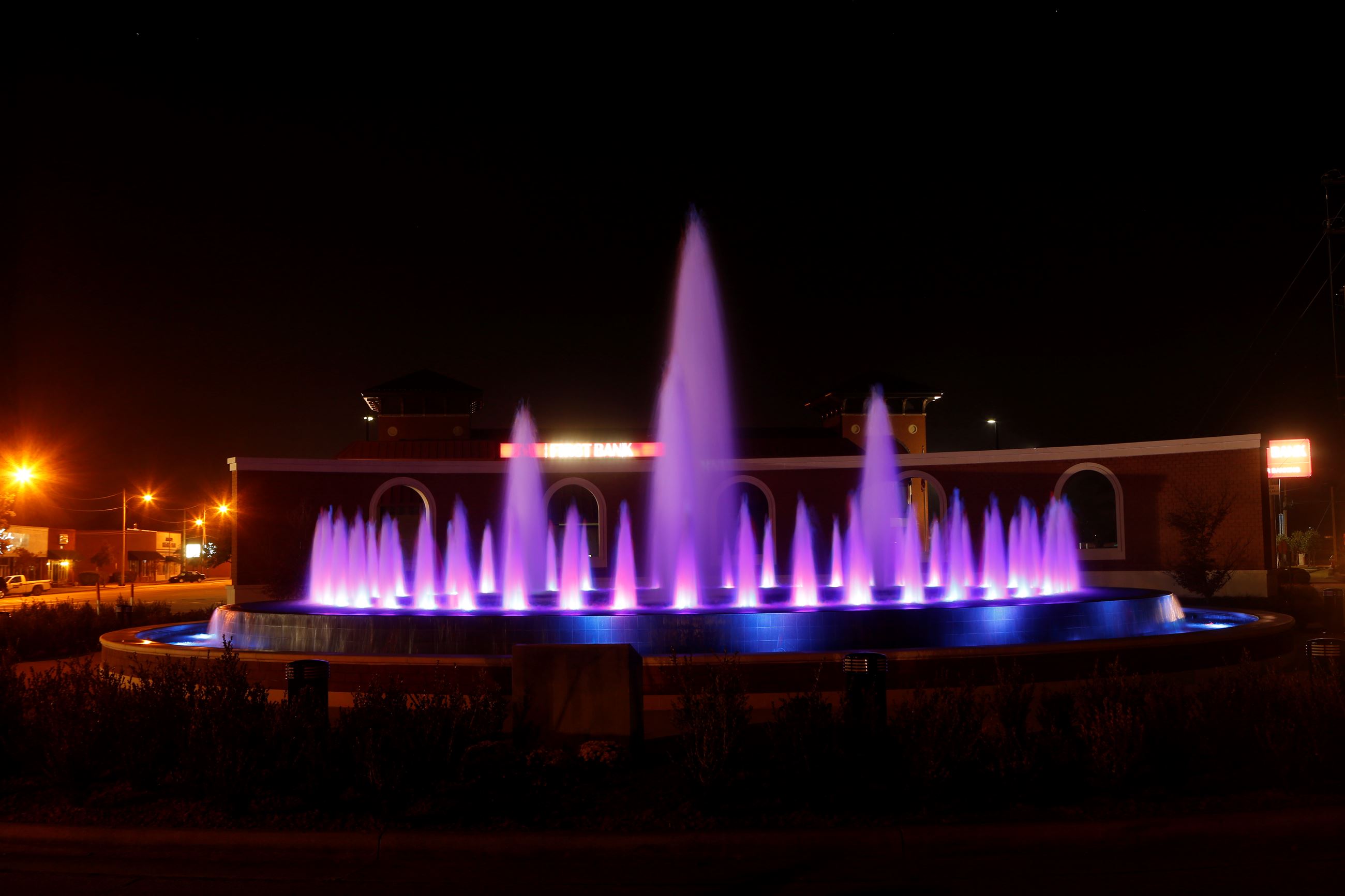 Colors of the Fountain

At night the Freedom Fountain comes alive with color. Red, White and Blue are the official colors. Drive by after sunset to see the fountain in its full night time glory. The City also changes color for special events like red & green for Christmas or blue National Night Out. Requests for other colors from organizations are also accepted and have included yellow, purple, teal and pink.

Color Change Request Form - If your organization would like to request a change in fountain color, please fill out the online form and submit it to the City Manager's Office at City Hall. Requests are honored on a first come, first served basis.

Own a Piece of History

Community organizations, businesses, and others are encouraged to help support the Freedom Fountain which stands as a symbol of caring and remembrance to those who serve our country. There are opportunities for sponsorship of several elements, including the military medallions placed in the arches of the wall and the flagpoles representing different branches of the military. For sponsorship information call 910 938-5221. 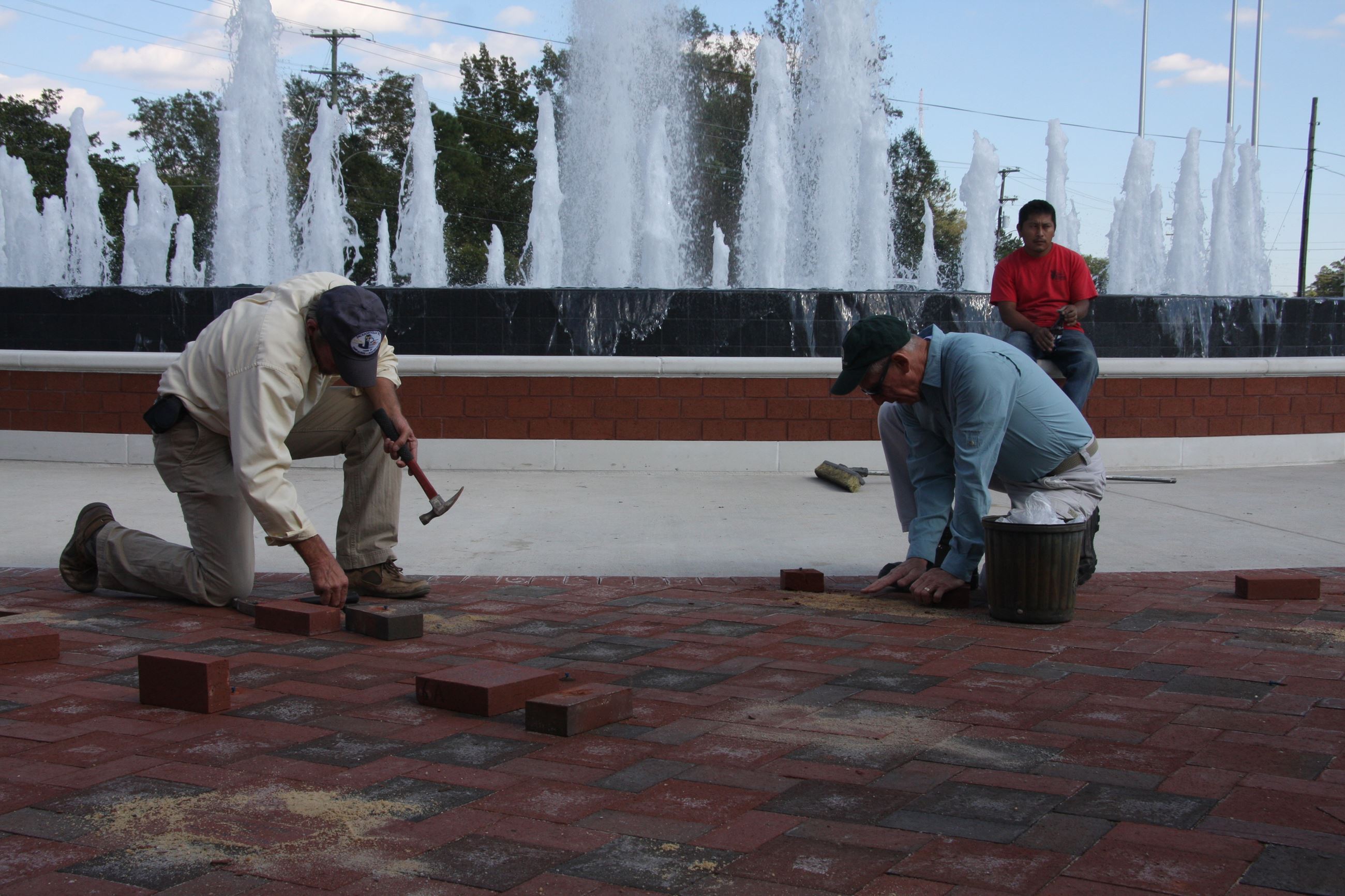 Buy a Brick for Freedom

Brick pavers are available for purchase. (image on right shows brick location by fountain) Each brick will be engraved and placed at the Fountain. You can donate a brick in memory of a loved one, in honor of someone or a group, to memorialize an event, or dedicated to someone whose service to our country has brought them through Onslow County. Freedom Fountain brick pavers are available in three sizes. To purchase a brick paver, please call 910 938-5221 or fill out a form (PDF) and return it to City Hall, 815 New Bridge Street, Jacksonville, NC 28540.