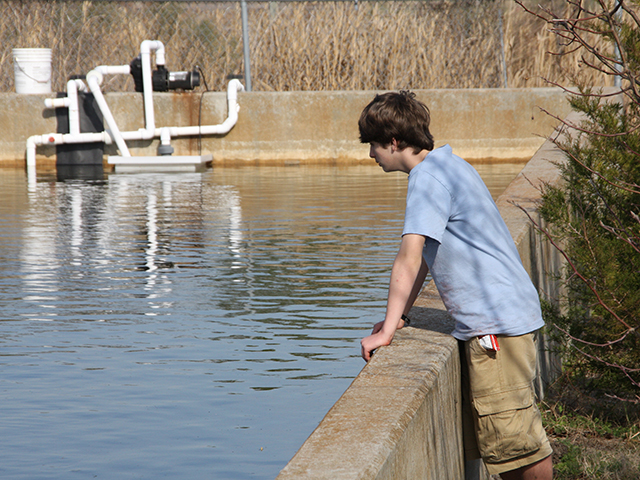 Born of a desire to help restore water quality to the New River, the Wilson Bay Initiative and the Sturgeon City projects have come to embody Citizen action to take back a once degraded river and for government to react as an inspiration for community involvement.

For more than 40 years, the City discharged wastewater into Wilson Bay. Many other plants, including Camp Lejeune and the New River Air Station, also discharged into the New River. Agricultural runoff and other pollutants left the river organically dead.

So degraded was the river that in 1995, when a huge hog house lagoon escaped its berm and flooded into the New River, that the predictions of large fish kills and sudden death to the river did not occur, because the river was already so degraded.

The event served as a wake up call to the Citizens who demanded a return of the river for recreation and commercial use. At about the same time, the Jacksonville City Council had decided to close the old Wilson Bay Wastewater Treatment Plant and open a new environmentally friendly and expandable land treatment site that could safely treat wastewater and share the effluent with a huge forest.

Cleaning Up the River and the Bay

Hearing the voice of the Citizens, the Jacksonville City Council said it was their moral responsibility to help clean up the New River and engaged in huge project to use oysters, aeration, restored wetlands, and stormwater mitigation to return water quality in Wilson Bay.

But the Wilson Bay Initiative was so successful that the effect quickly spread and with a panel of scientists, regulators, river advocates, and interested Citizens, information about the process and advocacy helped to restore water quality to almost all of the river.

In 2019 live oyster reefs using millions of live oysters were installed along the edge of the New River in an effort to create structure to the flat bottom of the river, to attract marine life, help it grow and improve recreational fishing on the river.  This effort was championed by the City's Stormwater Division, in partnership with Sturgeon City and County and State Organizations, with addition funding and volunteers from the community.

Sturgeon City Institutes, a summer learning program for area high school students, teaches youth the importance of nurturing the local environment through marine biology, general sciences. Students also spend time in 'the muck' and on the water to see first hand what it means to have a healthy marine ecosystem.