A Capital Improvement Plan (CIP) is a list of identified capital projects and acquisition needs that cover five years, identifies financing alternatives and is formally adopted annually. The CIP: 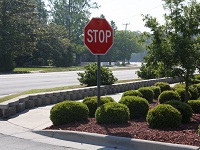 A CIP is essentially a long-term plan. Projects and acquisitions in the first year of the CIP forecast period become the capital budget for that budget year. Most capital project or acquisition requests initially enter the CIP in one of the later planning years (that is, the fourth or fifth year) of the forecast period and then progress toward completion. This process creates a system for approval and completion of capital projects that supports planning and accountability.

Capital projects are defined as major, non-recurring investments in physical infrastructure and facilities that exceed $50,000 in cost, require more than 12 months to complete and have a useful life of at least five years. The purchase and replacement of vehicles and technology equipment are not considered capital projects, but do meet the $5,000 capitalization threshold and are considered capital assets. Investments in streets, sidewalks and utilities lines qualify based on the cost of the entire program, not necessarily individual projects.

Because the decisions and issues faced in a CIP are often substantial and carry long-term implications, involving citizens can help ensure that the projects selected are valued by the community and that citizens understand the need for issuing debt and levying taxes to finance projects. Some of the ways citizens are involved: