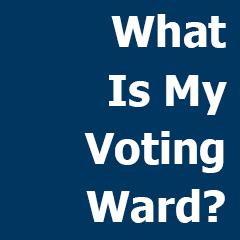 Only voters who are residents of the wards are allowed to vote for their ward representatives. Elections are arranged so that every resident has at least two positions to vote for during each election.

When the Mayor seat is up for election, so also are the seats for Wards 3 & 4.

When the two At-large seats on the Council are up for election, so also are the seats for Wards 1 & 2.

Elections are held on the odd numbered years in November with filing in July set by the legislature.

Here’s a review of the Voting schedule by sea. Each are elected for four-year terms: